​In March 1992, I was wildly excited to install the first of the "electronic" gas hot water units. It was a Rinnai Infinity 24 -- state of the art with hardwired temperature control bathroom touch pads. It was the first of its kind, and heralded the start of new breed of high efficiency hot water units. These small, highly efficient units have since been emulated by a host of manufacturers world wide.
​The unit cost, $2400 including the touch pads, was outrageously expensive at the time, but the owner was a tech head like me so we whacked it in and turned it on. Eureka!  Unbelievable performance from this beautifully finished small machine.
While Rinnai in the 90's was a relatively unknown Japanese manufacturer, the quality of this product gave the brand a reputation for fine electronic appliances.

I replaced that same unit 21 years later after a problem free life. We think that the owners got their money's worth. They must have thought so too, as they asked for another one!This week I have been offered Bosch's latest offering,  an Optiflow 26, a six efficiency star unit with the benefit of built in blue tooth capability allowing remote control and access to performance stats via a smartphone app. Think of it as a 'fitbit' for your hot water unit.
​
It intrigues me that the price of this unit (featured below) is less than half that of its ancestor that we installed twenty-five years before, supplied and fitted for $1388 inc gst * based on change up from Bosch 10P,  plus electrics and pipework/valves upgrades if required. 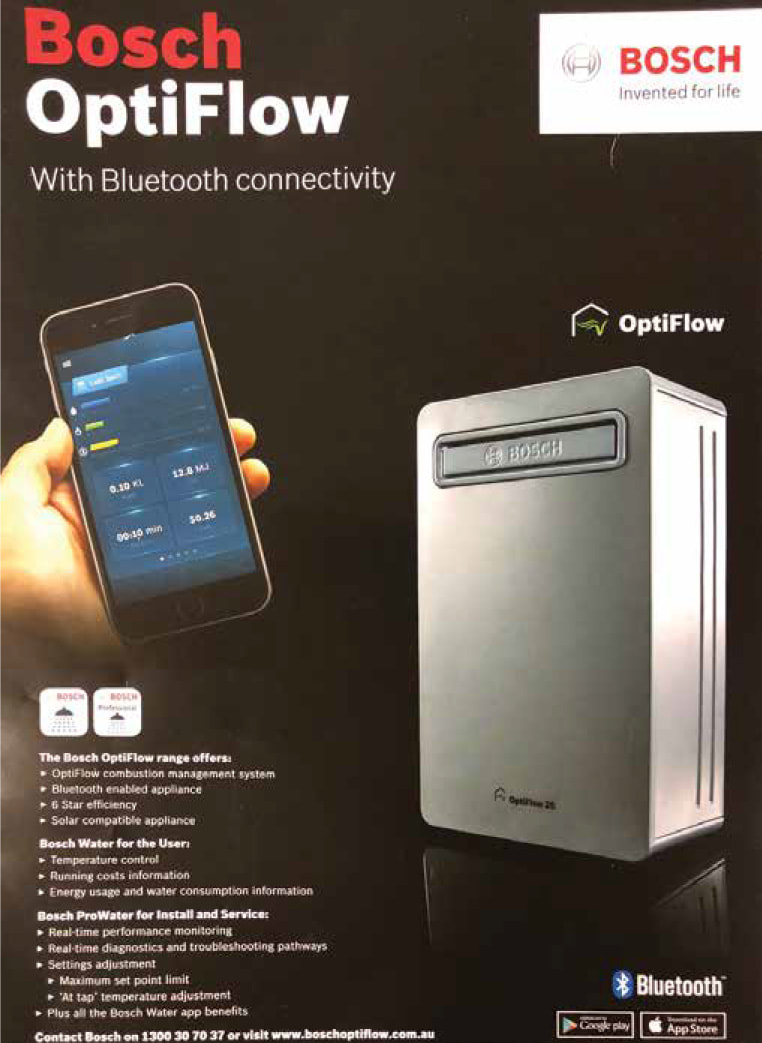